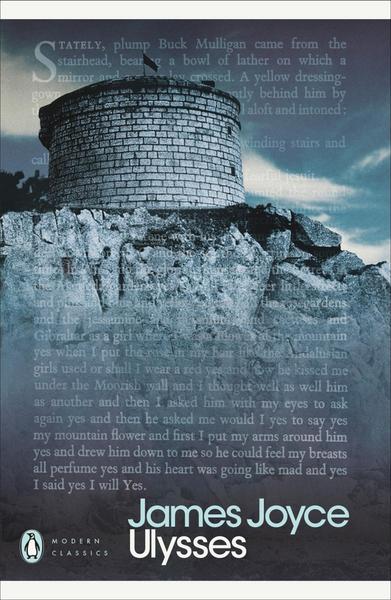 Written between 1914 and 1921, Ulysses has survived bowdlerization, legal action and bitter controversy. An undisputed modernist classic.

With an Introduction by Declan Kiberd ‚Every body knows now that Ulysses is the greatest novel of the century‘ -ANTHONY BURGESS. OBSERVER For Joyce, literature‘ is the eternal affirmation of the spirit of man.‘ Written between 1914 and 1921, Ulysses has survived bowdlerization, legal action and bitter controversy. An undisputed modernist classic, its ceaseless verbal inventiness and astonishingly wide-ranging allusions confirm its standing as an imperishable monument to the human condition. Declan kiberd says in his introduction that Ulysses is ‚an endlessly open book of utopian epiphanies. It holds a mirror up to th colonial capital that was Dublin on 16 June 1904, but it also offers redemptive glimpses of a future world wich might be made over in terms of those utopian moments.‘ This edition is the standard Random House/Bodley Head text that first appeared in 1960.

James Joyce was born in Dublin on 2 February 1882, the eldest of ten children in a family which, after brief prosperity, collapsed into poverty. He was none the less educated at the best Jesuit schools and then at University College, Dublin, and displayed considerable academic and literary ability. Although he spent most of his adult life outside Ireland, Joyce’s psychological and fictional universe is firmly rooted in his native Dublin, the city which provides the settings and much of the subject matter for all his fiction. He is best known for his landmark novel Ulysses (1922) and its controversial successor Finnegans Wake (1939), as well as the short story collection Dubliners (1914) and the semi-autobiographical novel A Portrait of the Artist as a Young Man (1916). James Joyce died in Zürich, on 13 January 1941.